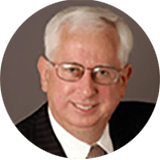 Mr. Pittaway is Vice Chairman and a Senior Managing Director of Castle Harlan and has been with Castle Harlan since its founding in 1987. Prior to joining Castle Harlan, Mr. Pittaway was a vice president for strategic planning and assistant to the President of DLJ. Before joining DLJ, he was a management consultant in strategic planning with Bain & Company in Boston, Mass., and previously was an attorney with Morgan, Lewis & Bockius specializing in labor relations. In addition to being on the board of various Branford portfolio companies, he is a board member of The Cheesecake Factory, Caribbean Restaurants, LLC and Shelf Drilling, Inc., and has also served on the boards of numerous other Castle Harlan portfolio companies, including American Achievement Corporation, Statia Terminals Group N.V., Morton’s Restaurant Group, and United Malt Holdings Inc. Mr. Pittaway’s community interests include being a director of the Dystrophic Epidermolysis Bullosa Research of America. In addition, he served for twenty years in the United States Army Reserve and, upon retiring as a Major, he co-founded and acts as a director of the Armed Forces Reserve Family Assistance Fund, which provides needed support for families of American service members whose breadwinners are serving their country in overseas conflicts. He is a graduate of the University of Kansas (B.A. with Highest Distinction), and has both an M.B.A. with High Distinction (Baker Scholar) and a Juris Doctor degree from Harvard University.