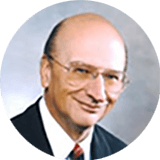 John K. Castle is the Chairman and Chief Executive Officer of Castle Harlan, Inc., a private equity firm which has employed more than 42,000 employees, as well as Branford Castle, Inc., a private merchant bank. During his business career, John has owned or controlled companies such as Delaware Management, the seventh largest independent money manager in the United States; Ethan Allen, the furniture manufacturer and retailer; Ames True Temper, the nation’s leading manufacturer of longhandle tools; restaurant chains such as The Morton’s Steakhouses and Sealed Air Corporation which makes the ubiquitous plastic bubble packaging material. John is a Life Member of the Society of Manufacturing Engineers.

Prior to forming Castle Harlan in 1986 and Branford Castle Inc., he was President and Chief Executive Officer of Donaldson, Lufkin and Jenrette, Inc., one of Wall Street’s largest investment banks. He also served as a director of the Equitable Life Assurance Society of the U.S.

Starting in 1969, as Chairman of DLJ’s Merchant Banking and Sprout Group, Castle was one of the founders of the institutionalization of the private equity business utilizing limited partnerships as a vehicle for pension funds and other large capital sources to invest.

John has also committed a substantial portion of his time to public service over the past forty years. He has been elected a life member trustee of the Massachusetts Institute of Technology and has served as a Director of the MIT Investment Management Company. He has also served for twenty-two years as a Trustee of New York Medical College, including eleven of those years as Chairman of the Board. He is also a Life Member of The New York Presbyterian Hospital Board of Trustees; an advisory director of the DuPont Corporation Investment Management Co. He is also a trustee and chairman of the Executive Committee of St. Patrick’s Cathedral in New York City and is a member of the Finance Council and various other entities associated with the Archdiocese of New York. Previously he was Chairman of the Columbia-Presbyterian Health Sciences Advisory Council and has served as a member of various Harvard University Visiting Committees including the Harvard Business School. Further in the medical field, he has published various titles related to family health including America’s Top Doctors and New York’s Top Doctors.

In his recreational time, John is an adventurer. Since 1993, he has landed in a small plane on the North Pole as well as the South Pole, trekked to the base of Mount Everest in Nepal and has led his Hinckley sailboat on a circumnavigation of the Earth, leaving from Palm Beach, Florida in April 1993, going through the Panama Canal, across the Pacific and Indian Oceans and up the Red Sea to the Mediterranean. On December 16, 1995, the boat completed its trip around the world having crossed the Atlantic and returned once again to its port of origin in Florida.

But his adventuresome spirit continues and in 2006–7, he recreated the entire Lewis and Clark water expedition from St. Louis, MO to the Pacific Ocean (a total of 3,100 miles) in a 15ft dinghy. In 2007-8, he completed the river trip across the United States in his small inflatable going from New York Harbor to St. Louis via the Hudson River, Erie Canal, Allegheny, Ohio and Mississippi Rivers (a total of 5,000 miles).

John received his bachelors degree from the Massachusetts Institute of Technology, his MBA as a Baker Scholar with High Distinction from Harvard and four Honorary Doctorate degrees.

John’s residence is in Palm Beach, Florida where in 1995 he acquired and refurbished an oceanfront estate that was owned for 62 years by the Kennedy family and was variously known as the Kennedy Compound and JFK’s Winter White House. After 20 years of ownership, he sold the house in May of 2015 for $31.0 million.