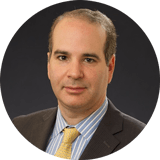 Mr. Korsten is heavily involved in the sourcing, acquisition and oversight of new and existing investments. He is currently a board member of ABC Industries and Pulse Veterinary Technologies. He has also served on the board of Surface Preparation Technologies. Mr. Korsten received Top 40-Under-40 recognition from The M&A Advisor and has been a judge for the M&A Advisor Awards. Prior to joining Branford in 2011, he was a Vice President at the investment banking firm Jefferies & Co., Inc. While at Jefferies, he worked on over $30 billion of advisory mandates and completed over $7 billion of financings. Prior to that, Mr. Korsten was a Senior Analyst at a fund of funds, Dunbar Capital Management. Mr. Korsten received a B.A. from the University of Pennsylvania and an M.B.A. from the Leonard N. Stern School of Business at New York University.