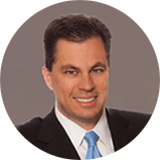 Mr. Ben Sebel is a Senior Advisor to Branford Castle and was most recently a Managing Director at CHAMP, having been with the firm since 2005. Immediately prior, Mr. Sebel was a Managing Director at Castle Harlan for seven years, and is experienced in all aspects of private equity investment including deal origination, realizations and fundraising in both the United States and Australia. Immediately prior to joining Castle Harlan, Mr. Sebel worked at Goldman Sachs & Co. in its Capital Markets Group. Previously, Mr. Sebel spent two years as Special Advisor to the Hon. Nick Greiner AC, a former premier of New South Wales, and commenced his career in the Management Consulting Services Group of PricewaterhouseCoopers (Australia), where he also qualified as a Chartered Accountant. Mr. Sebel holds a Bachelor of Commerce (First Class Honours) from the University of New South Wales, a M.B.A. from the Harvard Business School, and is a graduate of the Australian Institute of Company Directors. Mr. Sebel is currently a Director of Shelf Drilling Limited, ATF Services, and Gerard Lighting Group. Mr. Sebel was formerly on the board of Centric Wealth Limited, a director of Healthcare Australia Holdings Pty Limited, Study Group Pty Limited, United Malt Holdings, Ion Track, Inc., Associated Packaging Technologies, Inc., Equipment Support Services, Inc. and AdobeAir, Inc.